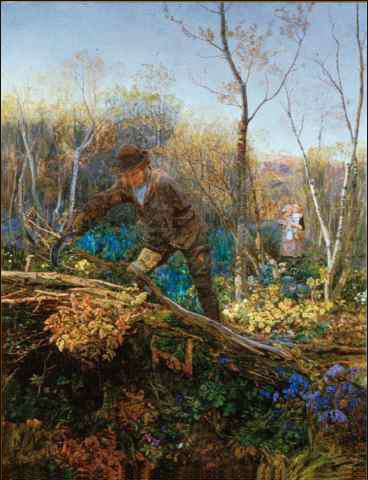 Victorian society was highly class stratified (in 1840 about 5% of the population were defined as middle-class), a social formation which vastly influenced the period’s literature. This course will consider a wide variety of canonical and lesser-known Victorian texts within the context of recent criticism on Victorian class relations and working-class writing. In the process we will explore the period’s many debates about the proper relations between and within social classes, the appropriate forms for “high” and “low” literary expression, the prescribed roles for working- and middle-class women, and the reforms in educational and political access throughout the period.

We will also examine representations of class distinctions in Victorian periodicals and paintings. I will ask students registered in the course to submit bi-weekly web postings, lead one or more class discussions, and prepare a 20 page critical paper or two shorter ones.

Course texts will include as many as possible of the following:

Students will be asked to lead one or more class discussions, post responses to readings on ICON, and prepare a final 15 page paper on a topic of their choice.